The passengers on MH370 deserve better than this

The search for the missing Malaysian Airlines flight MH370 is a vastly complex endeavour. But it’s an empirical endeavour — it requires valid and reliable measurement and scanning methods, and an ability to objectively verify and triangulate all incoming data in order to draw logical conclusions about where to look next. For example, the latest wave of efforts appear to be benefiting hugely from satellite imagery, and we can only hope this helps investigators to quickly solve this tragic mystery.

Of course, the fact that it is a tragedy is no barrier to the crass minds of contemporary pseudoscientists. So we end up with this abomination, on CNN of all places: 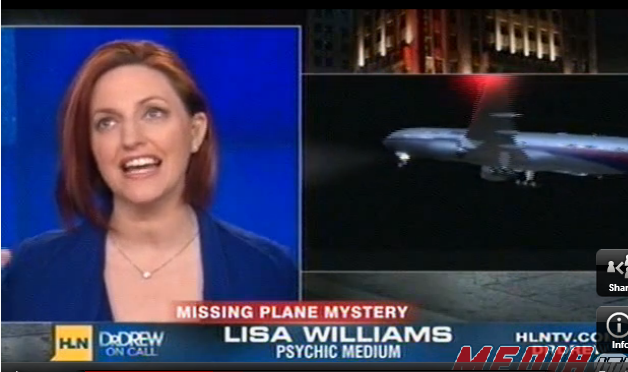 CNN, I tells ya (Pic: Screengrab from video on Mediaite.com)

“Polar vortex”? That’s what they WANT you to believe…

Baby, it’s cold outside, what with polar vortexes and the like. Except maybe it isn’t. Maybe it’s a conspiracy. Maybe it’s a left-wing conspiracy, designed to blame right-wingers for climate change. Here’s conservative US political disc jockey and padlocked-Wikipedia-biographee Rush Limbaugh:

Do you know what the polar vortex is? Have you ever heard of it? Well, they just created it for this week…And so any weather extreme now is said to be man-made, and therefore it fulfils the leftist agenda on this… they’ve come up with this phrase called the “polar vortex.” If you’ve been watching television, they’ve created a graphic, all the networks have, and it basically consists of a view of the planet if you are right above the North Pole.

They put this big purple blob, or blue blob, or red blob, depending on the network you’re looking at, over the entire North Pole, and they call that the polar vortex. It actually sounds like a crappy science fiction movie to me, but anyway, that’s what they’re calling it.

However, as @TalesOfWhoa explains over on Skeptophilia, the term polar vortex is not new at all. Far from having been invented this week, it’s actually enjoys a 150-year history of usage in meteorology. And that blue blob over Chicago is certainly there, hence, well, its blueness and blobbiness. END_OF_DOCUMENT_TOKEN_TO_BE_REPLACED

One year in: The Science Bit’s greatest hits

I am generally nonplussed by birthdays. And I realise that blog posts about blog posts can sometimes be boring. However, as I’m an obsessive hoarder and a data geek, in this case I am going to make an exception. You see, The Science Bit is one year old today.

*Cue music* There have been highs, and there have been lows; vivid memories and lots of stuff that I’ve forgotten. Readership has waxed and waned, but gradually grown. Some people have been happy. Others have been bored. Millions of people have completely ignored me. But rather than dousing you with further personal reminiscences, I thought I would instead simply feed back to you a countdown of the five most read posts of the past twelve months.