New book “The Psychology of Brexit” now available to pre-order

To be released in October 2019. Just when you thought it would be safe to get back into the water…

The scientific method is truly amazing. Not only can it be applied to such clichéd domains as physics, chemistry, biology, flying people to the moon, curing cancer, adding ears to the backs of mice, cloning sheep, and running tarantulas through MRI scanners, it can also be used to resolve age-old philosophical conundrums like “How do you know that a liar isn’t lying when he tells you he’s a liar?” And boy does this open up a world of exciting scientific possibilities. For example, according to the lead story in today’s (UK) Independent, researchers have now exploited their ingenuity to establish that the people of Britain are “facing a boom in dishonesty“. More than that: the British people are exhibiting “a dramatic decline in private integrity“. It’s all over the front page. It’s the main headline. It’s tagged as an “EXCLUSIVE“. In other words, it is REALLY BIG NEWS.

I think I will always remember where I was when I heard that the people of Britain were facing a boom in dishonesty. If 9/11 and the Challenger disaster were flashbulb memories, well this revelation is basically the supernova SN 2006gy of all human recollections.

Unfortunately, the underlying research from which the evidence for this extravagant scoop is drawn is beset by a few problems. But just a few. Things like the method, for example. And the data. And how the data were analysed. And interpreted. Just piddly stuff like that. END_OF_DOCUMENT_TOKEN_TO_BE_REPLACED

The Science of Misunderstanding

Just over a week ago, I gave a public lecture for Cork Skeptics at the magnificent Blackrock Castle Observatory. Subject to technological issues (i.e., assuming it worked), a video of the talk will be available online soon. In the meantime you can view the full slideshow above.

The evening was very well attended and I think the talk was a success. Also speaking was Síle Lane of Sense About Science, who presented a terrific briefing about their Ask For Evidence campaign. 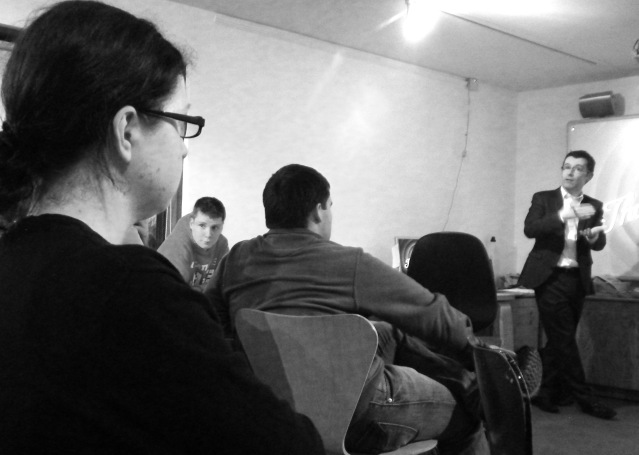 That's me in the corner
(Photo: Alan B.)

Just to remind you, my lecture looked at the ways in which the human tendency toward faulty reasoning can be seen as a protective adaptation (for example, it helps us stave off depression). END_OF_DOCUMENT_TOKEN_TO_BE_REPLACED