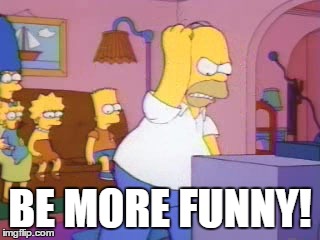 We all know that the world is complex, and that science is increasingly so. Gone are the days when one person could successfully grasp the entirety of what science could teach. Not only that, but the way in which scientific research findings are accumulated and shared in the modern world is increasingly blurry, cumbersome, and controversial (with many distorted pipelines and iffy quality control). Layer upon all that the fact that the political environment in many countries is a tad febrile, and so restricts the way in which policy decisions are really informed by good science as opposed to, say, political hysteria or hoodwinkery.

The way things are going, people might start thinking that homeopathy should be provided by the state, while vaccinations should not be. Who knows where it could end?

Concerned readers might therefore be interested a newly launched European Commission initiative called REIsearch. Essentially it is a campaign aimed at getting European citizens more engaged in the science that affects their daily lives, to get them to better navigate the increasingly complex and blurry knowledge environment in which they find themselves, to increase their ability to make informed democratic decisions that influence policy, and lots more of that sort of thing.

Like many Euronitiatives, it is certainly ambitious. And complex. It involves lots of research institutions, science publishers, professional bodies, social media types, traditional media (including The Irish Times, El País, Der Standard, and so on), bloggers, and so forth, and a process whereby crowdsourced public opinion gets distilled and presented directly to the European Parliament and Commission. As far as you are concerned, however, it is one big website, and its address is as follows: http://reisearch.eu/

Yes, you have to create an account to get into it, but I did that and I survived. Overall, I think the system is certainly worth a look. By way of a pilot, the REIsearch team is starting with a focused campaign on the science relating to chronic disease, so you can participate in the various surveys and activities. Who knows, if it all works, then the way future governments make policy choices around healthcare, ehealth, prevention programmes, health behaviour change initiatives, and so on, might become more coherent.

Helping citizens to better understand scientific research has always been a challenge. But probably more important is getting them to care about how research should affect the policies that shape their lives.

Not everything has to be funny